Cardiac Output
Cardiac output is the volume of blood pumped by the heart per minute and is the product of the amount of blood per heart beat (called the stroke volume) times the number of heart beats in a minute (heart rate).

How do you calculate CO?

Cardiac output is the product of two variables, stroke volume and heart rate. Heart rate is simply a count of the number of times a heart beats per minute. Stroke volume is the amount of blood circulated by the heart with each beat. The formula for this is expressed as CO = SV x HR.

What is a normal Cardiac Output? 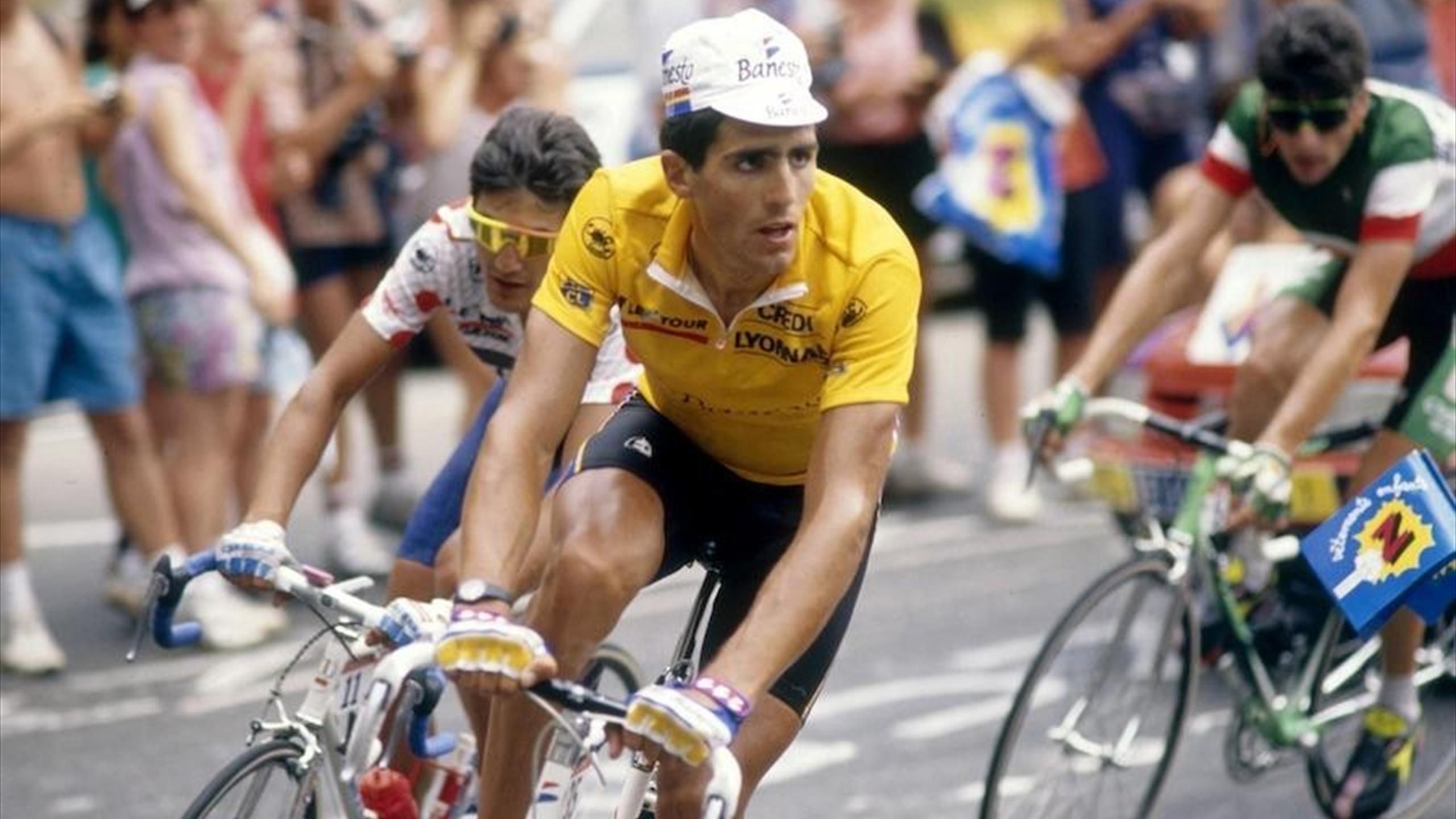 Why measure Cardiac Output?
It is frequently necessary to assess the state of a patient’s circulation. A common clinical problem is that of hypotension (low blood pressure); this may occur because the cardiac output is low and/or because of low vascular resistance. This problem can occur in a wide range of patients, especially those in surgery, in intensive care or postoperative high dependency units. In these high risk patients more comprehensive monitoring will usually be required including arterial blood pressure and cardiac output.
How does Cardiac Output affect perfusion?
The cardiac output is also one of the determinants of the amount of oxygen delivered from the lungs to the body’s tissues. Doubling the cardiac output doubles the oxygen delivered to the tissues. If cardiac output falls the oxygen delivered to organs like the brain may be inadequate and cause low levels of cellular oxygenation (hypoxia) which can cause tissue and organ failure.
What are cardiac output measurements crucial for?

Fluid Management:
The continuous monitoring of stroke volume, stroke volume change and stroke volume variation (SVV%) provides powerful insights into both the fluid status of the patient and the actual hemodynamic response to fluid administration in terms of blood pressure and / or cardiac output changes.

Improving Patient Outcomes:
Knowing the cardiac output and arterial oxygen content allows the calculation of continuous systemic oxygen delivery to the body. Avoiding low blood flow and low or excessive fluid administration reduces the chance of oxygen deficit building up during surgery. Avoiding surgical oxygen debt oxygen debt, or if incurred intra-operatively, ensuring the quick and complete payback of any accumulated oxygen debt has been shown to significantly reduce the incidence of complications and hospital length of stay.

What is Lithium Dilution Cardiac Output?

The simplest indicator dilution method is to add an indicator substance at a known concentration and constant rate into the blood flow and to measure its concentration downstream.

Providing that perfect mixing has occurred, the dilution factor gives the ratio of the two flows in the steady state. Stewart (1897), who was the first to use this principle for measuring cardiac output, infused sodium chloride over 10-15 seconds and measured the change in electrical resistance of the blood. When this had fallen to a steady level during the constant infusion he withdrew a blood sample and derived the dilution factor.

A more practical method is to add the indicator as an injection and to measure the concentration time profile of the passage of this bolus at a point downstream of the injection. Typically the concentration rises to a rounded peak and falls away more slowly as the remaining indicator is washed out. Such a curve may be considered as a large number of elements of sufficiently short time duration that for each element the flow and concentration are effectively constant.

The concentration of the marker multiplied by the flow and the time duration of each element gives the quantity of marker passed by that element. The sum of these quantities should therefore equal the total quantity of indicator added as the bolus. If the flow is constant for the duration of the curve, i.e. is the same for each of the elements, it may be calculated simply as the quantity of indicator injected divided by the total area under the dilution curve. The shape of the curve is unimportant providing that the total area can be found.

The bolus injection method of measuring cardiac output was first described by Henriques (1913), who injected sodium thiocyanate and then withdrew arterial blood samples at 1second intervals for a subsequent in vitro colorimetric analysis. He identified the problem of the indicator starting to recirculate before the first pass was complete. White (1947) derived cardiac output from continuously recorded dilution curves and the method was further developed by Hamilton et al., (1932) and others for use in man.

Many different indicators have been tried but the first successful was a dye indocyanine green, whose concentration curve can be measured in blood by light absorption. Like the Fick method (Fick, 1870), it is accurate but difficult to carry out. The densitometer, which measures indocyanine green concentration, had to be calibrated with samples of the individual patient’s blood containing known concentrations of the green dye. This technique was time consuming. A newer variant of this method was that of pulse dye densitometry where an optical sensor is used to record the arterial indocyanine green curve.

Clinically, by the 1980’s and into the early 1990’s pulmonary artery thermodilution, in which cold fluid (or sometimes pulses of heat) is injected, became the most commonly used invasive method of determining cardiac output (Fegler, 1954, Branthwaite & Bradley, 1968; Yelderman, 1992). More recently transpulmonary thermodilution was introduced into clinical practice. This is a technique that was originally described by Hamilton in 1928, where the concentration time curve of a cold marker substance was measured by a sensor in the femoral artery.

Invasive thermodilution techniques suffer from a number of disadvantages including the risk of significant patient morbidity, the requirement for central venous or pulmonary artery catheterization or, in the case of transpulmonary thermodilution – central artery, usually femoral, catheterization. Thermodilution techniques also only provided intermittent cardiac output values or at best highly averaged/damped “continuous” data. Collectively, these limitations restricted haemodynamc monitoring to cardiac surgical and limited numbers of severely ill intensive care patients. Monitoring was also largely undertaken without the benefit of a proven clinical protocol to guide subsequent interventions to hemodynamic end points. By the start of the 21st Century there was a clear requirement for the development of less invasive methods for the continuous monitoring of cardiac output and the in tandem development of more effective protocols for the hemodynamic management of high risk patients.

Lithium Dilution Method
The use of lithium as an alternative indicator for the estimation of cardiac output was first described by Linton, Band, and Haire (1993) and has been independently validated by other researchers (Garcia-Rodriguez et al., 2002; Kurita et al., 1997) among others.

In brief, isotonic lithium chloride (150 mM) is injected as a bolus (0.002–0.004 mmol/kg) via the central, or peripheral, venous route and a concentration–time curve generated by an ex vivo ion-selective electrode attached to the peripheral arterial pressure line. The cardiac output is calculated from the lithium dose and the area under the concentration–time curve prior to recirculation using the equation:

Where ‘Area’ is the integral of the primary lithium dilution curve, and ‘PCV’ is the packed red cell volume. A correction for PCV is necessary to transform plasma flow into total blood flow—because lithium is distributed only in the plasma (fluid) component of the blood.

The voltage response of the lithium ion sensitive electrode is proportional to the percentage change of ion concentration. As lithium is not normally present in the plasma, extremely small doses can be used to achieve a high signal to noise ratio. These lithium doses are too small to exert pharmacological effects. Multiple dosing with lithium has been investigated extensively and the pharmacokinetics of intravenous lithium chloride in man and in animals has been described (Hatfield, McDonell, Lemke, & Black, 2001; Jonas et al.,2001). The safety profile is now well established, with the recommended maximum total dose having to be exceeded many times before toxic levels are reached. The technical innovation of the LiDCO System is both in the method of using the lithium ion as an intra vascular marker substance and the design and application of the ion-selective electrode, which comprises a lithium sensitive electrode situated in a flow through cell.

The LiDCO System is at least as accurate a measurement of cardiac output as the older and more invasive catheter based approaches, but with the advantages of being simple and quick to set-up by a nurse or doctor, with no complications associated with its use.
Strengths
• Very accurate and precise measurement of cardiac output and derived parameters such as oxygen delivery
• Minimally invasive – measurement can be made with peripheral vein access – without the need for central venous or pulmonary artery catheters
• Allows intermittent calibration of continuous blood pressure based (PulseCO) cardiac output measurements
• Applications: In challenging clinical situations eg sepsis and oxygen debt situations where highly precise measurements of blood flow and
oxygen delivery are required for resuscitation.