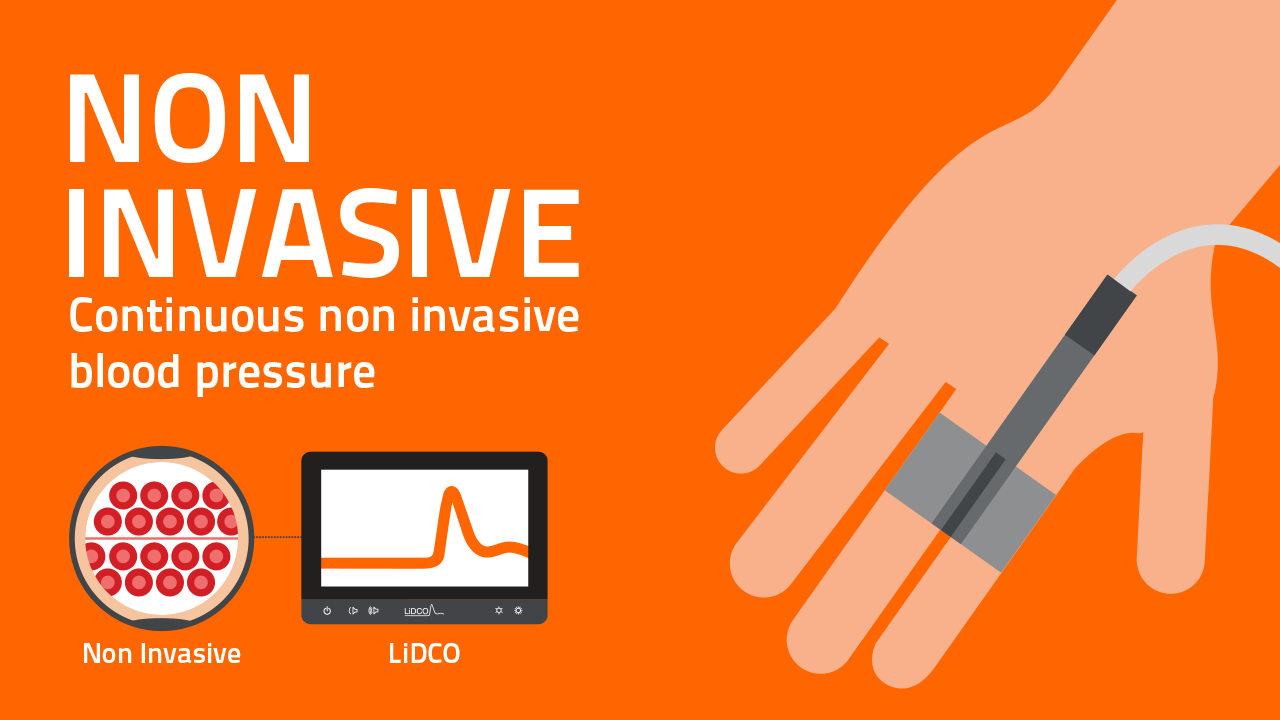 In the early 90’s cardiac output could only be obtained through a pulmonary artery catheter which is invasive and comes with many serious risks for the patient¹, this limited CO monitoring to only the sickest individuals, potentially leaving others to become sicker through lack of monitoring options. Today there are many less invasive ways to obtain cardiac output readings; from indicator dilution methods such as LiDCOplus which uses Lithium dilution and a central or peripheral line and then an arterial line, to the minimally invasive monitoring of the LiDCOrapid which just uses an arterial line.

This follows a broader trend of surgery striving to become less invasive to reduce complications and improve recovery time. However, there is still a requirement to monitor haemodynamics to ensure the correct titration of fluids and drugs. The LiDCOrapid with CNAP offers a non invasive solution to meet this need which was perfectly demonstrated at a case I recently attended.

How can we reduce risks for the patient?

The patient was having an anterior resection for metastases. They had presented fitter than expected and there were to be no expected problems. Everything went smoothly in the anaesthetic room until the arterial catheter insertion. It seemed that no matter where it was tried, how many times, or the type of introducer used, it would not thread. This became quite concerning and the anaesthetist started to discuss a CVC insertion as he believed the non-threading issue to be down to the several rounds of chemotherapy that the patient had received having caused issues with the smaller blood vessels, as venous access had also been difficult.

Knowing the risks and implications associated with a CVC line, including infection and a stay in HDU which increase the cost to the Trust, I asked if he would like to try the CNAP. I explained that it worked by placing a hard shelled double cuff around the fingers. An infrared light source measures changes in blood flow and a pressure balloon inside the cuff inflates and deflates in response to maintain a constant blood volume within the finger. This in turn produces a reflective pressure waveform which is then scaled via an independent arm cuff measurement taken from the primary monitor to produce a continuous pressure measurement. Cardiac output is then obtained from analysis of this non invasive waveform using the validated PulseCO algorithm. 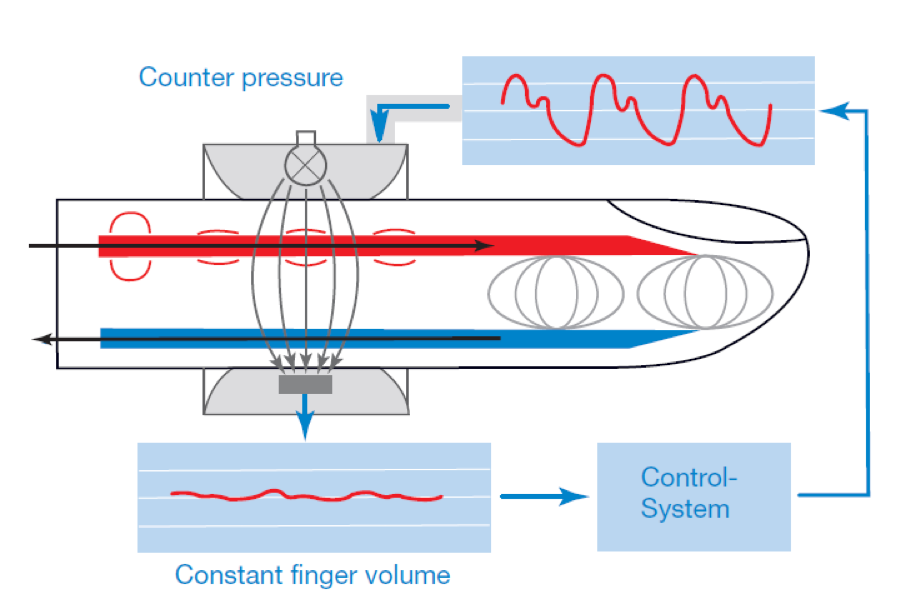 The set-up of the CNAP took no more than five minutes and worked well continuously throughout the case, allowing the anaesthetist to titrate the required drugs and fluids accordingly to the patients SVV and fluid challenge response whilst also recording CO, SV and SVR. This type of surgery has previously been studied by Jeleazcov et al. (2010) who demonstrated that the CNAP pressure waveform is comparable to an intra-arterial catheter during general anesthesia. I discussed with the anaesthetist the use post-op with the CNAP; the benefit of this device is that it can be used with any patient at any point during the patient pathway. We decided to leave it on in recovery to monitor. When in recovery the patient was happy wearing the CNAP, which allowed continued non invasive monitoring into the post op environment. Because of this the patient was later discharged from recovery back to the ward. The anaesthetists commented that, if the CVC had been used the patient would have had to go to HDU for monitoring as wards would not take invasive lines. The anaesthetist was delighted that the CNAP had worked for the patient; preventing unwanted invasive lines, the associated complications, and a technically unrequired HDU stay.

So, what are the benefits of non invasive monitoring? 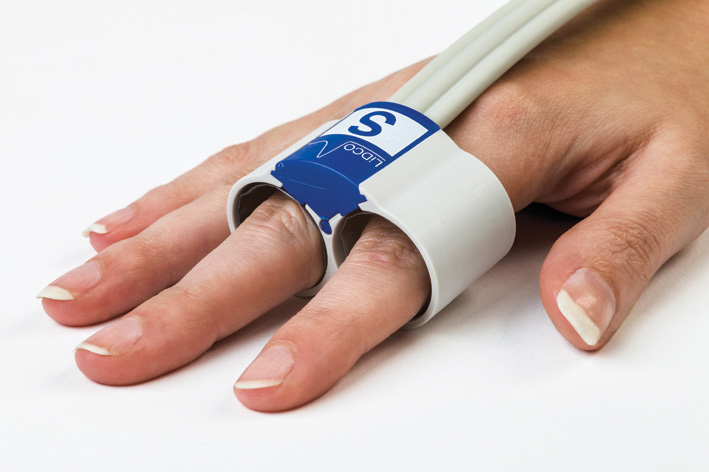 As described in the example above, the CNAP was able to provide monitoring which had less associated risks than a CVC and allowed quicker discharge to the ward. The CNAP is routinely used in trauma, obstetrics and emergency cases where the patient doesn’t necessarily require blood gasses, but additional hemodynamic and beat to beat pressure monitoring allows for a more accurate titration of fluids and drugs.  The CNAP is also used in the anaesthetic room to manage the patient across induction if the arterial line is inserted post anaesthetic.  Following the insertion of the arterial line, the CNAP can then be turned off and the LiDCOrapid will use the arterial line for the duration of the case.

Many sites using the LiDCOrapid with CNAP have found that the CNAP has reduced the need for invasive lines and have saved money on associated disposable costs, but also allowed patient’s to avoid prolonged hospital stays and reduced infection risks.  The CNAP has been extensively validated for its precision and accuracy against an arterial line and the PulseCO algorithm that the LiDCO uses has been widely validated against the PAC. If you require any help or want to know more information, please contract our sales representatives and clinical specialists who will be happy to help you in a case. 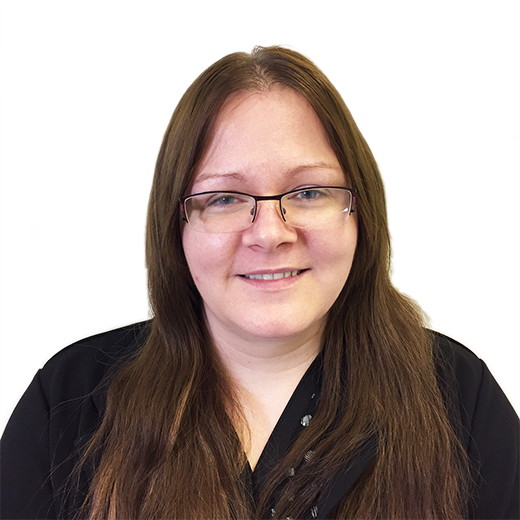 Nicola Brooks is a Clinical Specialist for the South Central and South West of England. She joined LiDCO after working as an Operating Department Practitioner (ODP) in a large teaching hospital, the theatre complex in which she worked comprised of surgical specialities including paediatrics, neuro and plastics. Nicola completed her DipHE ODP at Oxford Brookes University and later gained a mentorship qualification at the same university. In her spare time Nicola enjoys sea fishing, reading and spending time with her family.